New York City is a larger Spanish-speaking city than several Latin American capitals.  Take a stroll along Roosevelt Ave. in Queens, and it wouldn’t be difficult to encounter people from the majority of the nations that make up Latin America all in a single neighborhood.  A subway ride to Washington Heights in Manhattan or into sections of the West Bronx, and you’re walking the same streets as candidates for president of Dominican Republic who come to New York to campaign.  Stop into a taqueria and you’ll probably be chatting with someone from the Puebla region of Mexico.

New Yorkers coming from Latin America may have been nurses, lawyers, teachers, government officials, or political dissidents before arriving in the city.  Both professionals from the city and peasants from the country make the same neighborhoods their second home.  The Bronx, Queens, parts of Brooklyn or Manhattan, Latino communities add to sights & sounds of the city.  Nearly one-third of NYC is from a Latino background.  It should be difficult to imagine missions & Latin America and not to also think of New York. 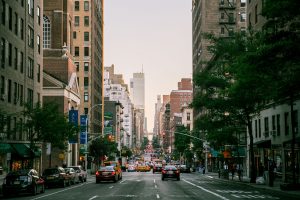 New York City is a hub for all of Latin America.  Shortly after the Argentinian economy collapsed in 2001-2002, English students from Colombia attending classes in a neighborhood in Queens reported that many of the new students in their class were from Argentina.  Many of the earliest Puerto Ricans to call NYC home arrived following the Spanish-American War at the end of the 19th Century.  There have been migration waves to New York from several different Latin American nations during different periods over the last century.  Today, New York City is, among other things, a multinational center for diverse Latin American cultures.

If someone loves the people, the language, the rhythms, the tastes, and story of Latin American nations & cultures, New York City is a unique hub where someone may encounter representatives from every corner of the Latin American world.