Afghanistan has been ranked, by Open Doors, as the 2nd most dangerous country to be a Christian. Disciples of Jesus in Afghanistan must be extremely secretive or risk their lives. And considering the long history of military involvement by the United States and its allies, it might seem impossible to share the good news with Afghans. However, a city right here in North America is home to thousands of Afghans. 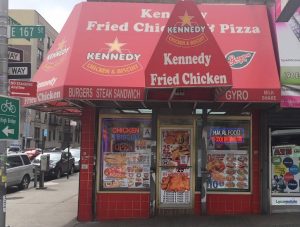 Afghans are not hard to find in New York City. Walk into any Kennedy Fried Chicken, and there is a pretty good chance you’ll be served by an Afghan behind the county. Take the 7-train or the LIRR to Main Street in Flushing (Queens), head towards Kew Gardens, and you’ll eventually find yourself in an Afghan neighborhood.

It’s difficult to determine exactly how many Afghans live & work in New York City.  At the low end, statistics claim NYC is home to 8000+ Afghans, but some estimates claim there are as many as 20,000 Afghans in the city. Even if the larger number turns out to be an exaggeration, it is a near certainty that the smaller number represents a significant under-count. Responding to a census on ethnicity, an Afghan might identify as Asian, Middle Eastern, Afghan, or White.  Regardless of the exact figures, there is clearly a large Afghan community in New York City, laboring across five boroughs, but especially concentrated around Flushing & Kew Gardens.

As one of the most hard-to-reach nations on the planet, the Afghan community in New York City, represents an important opportunity to share good news with the nations next door. Many Afghans in NYC are among the lower income migrant communities in the city, and meeting the everyday needs of Afghans represents an opportunity to serve our neighbors as well as partner with existing community groups who simply want to help their people.

If you have a heavy heart for Afghanistan, and if you desire to share the love of Christ & make disciples within this community, Queens (New York City) may be the mission field that is calling. If this is your passion, let us know.  Let’s make an impact together.