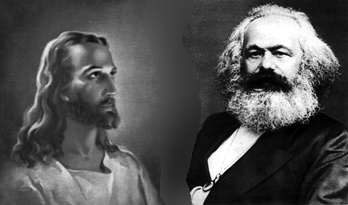 G. is a wizard. I think back on our relationship and realize that I would have scoffed at that fact if I’d heard it several years ago. Growing up in the bible-belt, I had never met a Voodoo priestess, or shared a meal with an Imam, or been offered food sacrificed to idols, or been in a bible-study whose leaders believed they were being regularly contacted by either aliens or angels. In my youth I never heard a sermon in which Jesus was favorably likened to Karl Marx, nor did any of my seminary education cover the interpretation of prophetic dreams. To gain these experiences, I had to move to the Bronx. To work this far outside of what was spiritually familiar and to pastor well beyond what I would have considered the boundaries of my cultural orientation, I had to enter into life among my neighbors here in our global city. So when G. began to share about his magical training (“gods stuff” as he calls it) and to relay to me his experiences of speaking with demons and the dead, I was unfazed. “I don’t know almost anything about that kind of stuff, but it sounds like you could help me understand something I was trying to figure out earlier,” I said. Then I opened my bible and we read the story of the gennesaret demoniac. After hearing the story, G. immediately began to explain to me about the power Jesus must have had to be feared by the demons. He asked if I had any more stories like that. I said that I did, and we have continued to study scripture together since that day.

What I’ve come to realize is that the Bible is so much bigger than the culture in which I was raised. It speaks to an array of experiences of the world, and to each of them it offers good news. Even though it can be scary to walk outside of our experience of reading scripture, we don’t need to be afraid that our knowledge, our experience, our ability to interpret, or our education are what makes the Word authoritative. The Bible is not limited to speaking about only what we have experienced in our context. It is not limited to healing only what we feel qualified to engage. The word of God has an authority all its own. I challenge you this week to be bold in inviting others to engage the word of God.
​
By S.B. in NYC