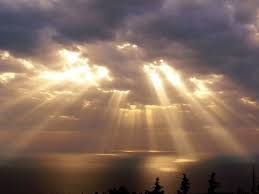 Sometimes I feel far from God, and as a missions worker, I used to find this embarrassing.  However, recently I’ve realized that I think most people seeking His kingdom feel this at times. Without this experience, maybe we wouldn’t care for the rest of the world as much as we should.  I was praying just the other day and during my time of prayer I imagined God as the sun… and a cloud passed over head and He was completely hidden from view. God was still there just as the sun was still in the sky, but for a moment He was obscured.  When the cloud passed overhead I felt the cold rush over me; my body of course was cold because of the lack of sunshine.  Internally though, in my heart and prayer I felt the cold as well… and at that moment I again realized how bleak things were for those outside of the Kingdom.  Without Christ the world is a dark, dark place.

King David often spoke as if God was far away from him as well, and yet scripture tells us that God considered David a man after His own heart.

I was sitting with a friend yesterday sharing life, and we started to talk about God and spirituality.  My friend is very interested in ideas about God, but he’s willing to believe in so many different things often causing internal conflict.  During our conversation I realized I might not seem as “open” to other spiritual things, and I also realized that if tomorrow I learned that Jesus was not who I thought he was, I would certainly be in a dark, dark place… But I realized that’s actually good! My faith is not about causing myself to feel good or feel validated nor based on the most recent “spiritual trend”.  My faith exists because of Jesus because Jesus is life.  It is because of His invitation into that life that I can keep moving forward.

Often times, God might feel far away; but in those times I’m going to be thankful because I know that I’ve not been abandoned.  In those times instead, I’ll be reminded ever so slightly of how cold it can be outside in this dark world.