What would Paul do? 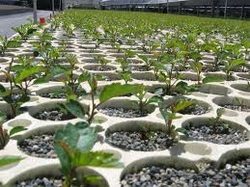 Paul led a team of young evangelists on a journey into a city/region and began telling the story of Jesus. Some who were hard of heart rejected Paul and his team but he also found those open to the message and they became disciples of Jesus. He seemed to band these disciples together, often leaving one of his young evangelists behind to establish a church by teaching/living out the lessons of Jesus and the Apostles. Paul would appoint elders who would shepherd the new believers into maturity.  In many cities there were a number of these “gatherings” that became the church in that city. Some probably by proximity banded together as a network while others stayed independent. The Church grew!

Paul was the missionary/apostle who urged those disciples to make new disciples. He also recruited more young evangelists and moved on to other areas. His goal was to plant the seeds of the Gospel that gave fruit to new churches.

Paul didn’t have to be at the center of it all. He rejoiced that God used many different people to build God’s family here on earth. He constantly acknowledged it was God who gave the increase, a term that is repeated throughout the New Testament, a truly organic model. These churches took many forms. Some met at synagogues, some outdoors, some in peoples homes…where they met wasn’t an issue. The exciting part was wherever they met they grew disciples that led to more new churches.

Paul gave Timothy some sound advice that we all should consider.

You then, my child, be strengthened by the grace that is in Christ Jesus, and what you have heard from me in the presence of many witnesses entrust to faithful men who will be able to teach others also.
(2 Timothy 2:1-2 ESV)