Where You Go I’ll Go 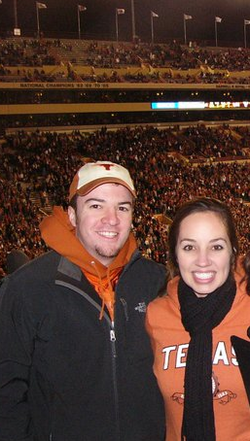 Those of you who are friends, family, church family, photography clients or are even remotely connected to us on Facebook know that we have made plans to head to Denver, Colorado to start a house church planting movement.

We have partners who have committed to supporting our work in Denver.  Sara has her dream job lined up as a Speech Pathologist in Denver.  We have begun to build many deep friendships in Denver.  We have a powerful support system for our ministry in Denver.  And all of our earthly belongings are in UHaul’s U-boxes, headed for, you guessed it, Denver.

This all started about 9-12 months ago as we began exploring options for a city to move to with the goal of starting a house church movement.  It started out of the Lord’s silence as we asked him the question, “where do you want us to go?”  We interpreted this silence as, “you choose.”  And so, we considered several unreached cities like Portland, Seattle, Austin… and ended up choosing Denver.

In April of this year the Highland Oaks Church of Christ (HOCC) committed to partnering with us in this mission.  Specifically, they committed to prayer, encouragement, accountability, spiritual support, relational participation in the mission, and 50% of my salary.

So we decided to start this relationship off by spending 5 months (June-October) in Dallas building our relationship with HOCC before we moved to Denver.

He then began to share how the Lord had blessed his faithfulness in financial stewardship by exponentially growing the business he owns.  He shared how he keeps trying to give this money away, but every time he does, the Lord blesses his business even more.  He has become one of the most amazingly faithful financial stewards of God’s resources.  He then shared his desire for something he could be more relationally involved in, in Austin, TX where he does much of his business.  His heart was obviously tender toward this city that he does so much business in, as he knows the overwhelming “lostness” of the people here.

What happened next was a powerful move of God that I could have never anticipated.

He offered to pay the 2nd half of my salary, indefinitely, if we were to move to Austin, instead of Denver, to start a house church planting movement.

I have to be honest, at the time I didn’t know what to say.  I was shocked and confused.
1) How could someone be this generous/supportive of the work that we are doing?
2) Was this some kind of distraction from the plan we had already made to move to Denver?
3) Was the Lord using my friend to tell us to move to Austin?

So I went home to share this story with Sara.  At first we both agreed that we should probably keep our plans for Denver.  But then as we let this simmer, we began to feel that we needed to take this to the Lord in prayer.  And so we spent the rest of that evening individually and together in prayer.  As we prayed we began to feel an overwhelming since of excitement that this may very well be the Lord giving the direction we asked for almost a year ago.

So we followed the Biblical example (Acts 10) of seeking communal discernment around something we believed the Lord to be saying.  Over the next 2 weeks, we asked many of our friends in Abilene and at HOCC for prayer and counsel about the situation.  We then met with the “Global Leadership Team” (GLT) at HOCC for potentially our last time of communal discernment.  We invited my generous friend to come to this meeting to help the GLT discern if this was a good decision.  After we shared what had been going on, they asked all three of us many questions to test the spirits.

After about 3 hours together it became very clear to all of us, this was not a distraction from our mission plan, this was not just another good option, this was the Lord giving us the direction we had been seeking for so long.

So since the Lord said, “Go to Austin,” we decided we better not pull a Jonah.  We are headed to Austin, Texas!  YeeHaw!