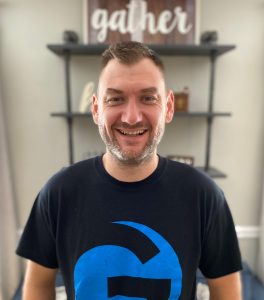 Joey is from Atlanta and both he and his wife April, graduated from Atlanta Christian College (now Point University) in 2003. They married after graduation and moved to Florida, where he served as a Youth Minister and eventually Senior Minister of Pathway Christian Church. After serving 9 years and having their daughter, they moved back to the Atlanta area, where he served as Co-Lead Pastor of New Community Church for 3 years and currently serves as Discipleship Minister at Galilee Christian Church in Jefferson, Ga.

Joey has a passion for discipleship and other cultures. He has spent the last few years sharing the gospel among Latinos in the Atlanta and Gainesville area. He also has a heart to mobilize the church and has led evangelism and discipleship training around the Atlanta area and in Mexico.

He serves on our team as Director of Mobilization, serving simultaneously as a Mobilization Catalyst and as mobilization team lead. His role is to propel laborers into the harvest, by locating potential mission catalysts, activating believers as disciple-makers in their own context, and training local churches and believers. Joey also serves part-time as a pastor of a Christian Church outside of Atlanta.