Cities are gathering places for the nations. Global City Mission Initiative is sparking disciple-making with an emphasis on strategic contexts.  We recognize that cities are now global crossroads where we encounter cultural influence, unreached people groups, and growing numbers of diverse peoples gathered from around the globe. Therefore, we are intentionally working in global intersections where evangelism can have an impact across the street or around the world. We emphasize working in cities. However, we also work through cities, and relationships developed in urban-global centers may also lead to ministry opportunities in rural or other settings. The gospel has always traveled on the wings of relationships, and working in global cities opens the possibility for a reach beyond boundaries. 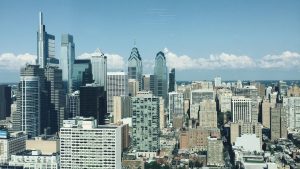 Since 2000, Philly has seen a 69% increase in residents born outside of the U.S. Many of these newest neighbors in Philadelphia moved from China, Vietnam, Dominican Republic, India & several other nations. Many of the city’s newcomers land in South Philly and Northeast Philly — where GCMI’s work in the city will begin — and the city represents one of the largest Albanian communities in North America. Long known as one of North America’s Muslim cities as well, Philadelphia is an exciting mission field.

Philadelphia is a dynamic global city, and as one of GCMI’s newest ‘mission fields’ we are praying for God to raise up workers in the city. Pray with us for the nations next door in Philadelphia.

Tampa was built by immigrants. In the late 1800’s, Tampa was home to about 5000 residents, but by 1900, 10,000 new immigrants had arrived to call Tampa Bay home. The city, in its early years, was largely built by Italians, Spaniards, Cubans, and Eastern European Jews.

Today, Tampa Bay is a re-emerging global city, as the metro area expands to 4 million people & growing. Tampa, St. Petersburg, and an expanse of suburbs stretch across the bay area representing a strategic & important mission field. “Out of the top 50 most populated metropolitan areas in the United States, Tampa is ranked 50th in the percentage of the population that attends a religious service of any kind” (peoplegroups.info). Tampa Bay is home to large numbers of Indians, Arabs, Bosnians, South Americans, and many others from the Caribbean, Africa, and other corners of the world. University of South Florida is host to large numbers of international students from China, India, and elsewhere.

Tampa is an attractive and dynamic city that represents an exciting mission field.

Orlando represents an emerging global city and a dynamic urban arena for learning to serve in a world of cities. Orlando is the most visited city in the United States. As the city experiences growing Muslim, Hindu, and Buddhist populations in addition to large numbers of Caribbean, South American, and Mexican communities, 25% of Orlando residents speak a language other than English at home. Nearly 50% of the city’s residents are struggling economically, and 86% of Orlando residents are not part of any evangelical church. While there are a number of strong and vibrant churches in Orlando’s metro area, the need for disciple-making initiatives in Orlando remains urgent. 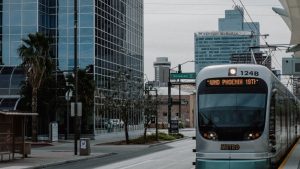 Phoenix is an emerging global city with increasing international diversity. A quick search of halal (ie., Muslim) establishments, and you’ll find Pakistani, Arab, Afghan, and even Uzbek. Some estimates suggest there are as many 20,000+ Arabs living & working in Phoenix, and the city has been a significant landing spot for refugees in the last decade. At a single mosque in the city, it reported worshippers from 75 different countries. The Asian population in Arizona has virtually doubled between 2010 and 2020, and while still only in the tens of thousands, Hindu is considered the state’s second largest religion after Christianity.

Phoenix is the 5th largest city and the 11th largest metro area in the United States. For years, it has been one of the nation’s fastest growing cities, and as the anchor city of its region, it is the largest city in the long stretch of land between Dallas-Ft. Worth and Southern California. Approximately 1 in 5 residents in Phoenix was born outside of the United States and nearly a third of the city speak Spanish.  Aligned with the same trend as any number of North American cities, nearly a quarter of Phoenix citizens consider themselves non-religious.

Phoenix is a dynamic global city and a significant mission field. While there has been impactful ministry by evangelical churches in the metro area, outreach efforts have yet to keep up with population growth, the increasing international diversity, or the steady growth of the religiously unaffiliated. We are currently building a team in the Phoenix area and praying for an increase to the number of workers reaching out internationally. 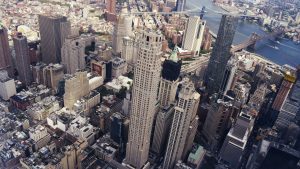 The story of Global City Mission began in New York City. It started with one urban missionary working in The Bronx. The experience of serving people from around the world mixed with the day to day realities of urban mission gave shape to a vision for a ministry that would mobilize missionaries to impact the nations in & through global cities.

New York City is a cultural mosaic full of opportunities to share the gospel. It is the quintessential global city, with hundreds of distinct ethnic groups representing every major world religion. Numerous people groups make up the city’s population and many are unreached by the Gospel witness. New York City is crucial and strategic as a focus for Christian mission. 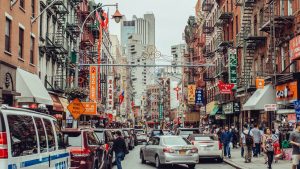 New York City is the largest Chinese city outside of Asia. It is a larger Spanish-speaking city than several Latin American capitals.  New York is home to countless Eastern Europeans, Africans, South Asians, and migrants from every nation around the globe. New York is one of the largest Jewish cities in the world, and nearly 1 out of 10 New Yorkers is Muslim. It also has more college students than any other city in the United States and is home to influential global institutions that impact the lives of everyday people on every corner of planet. 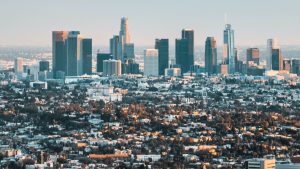 In the earliest years of Global City Mission, our team was making an impact in Los Angeles. Kim Gasaway, one of the first members of our team, served in Los Angeles as a GCMI missionary. Working in Latin American, Russian, Filipino, and homeless communities, we served to share the good news, taught believers to reach their neighbors, and planted churches. In 2018, Kim Gasaway passed away. Today, we are seeking new team members to serve in LA.

The city of Los Angeles is made up of a complex tapestry of people representing incredibly global diversity. L.A. is home to large concentrations of Mexicans, Samoans, Thai, Chinese, Japanese, and many other distinct cultural groups from around the world. As it hosts tens of thousands of international students — second only to metro NY for number of international students in the U. S. — the potential for global outreach in LA is tremendous. With more than a million residents born outside of the United States and myriad of unique neighborhoods and emerging subcultures, Los Angeles is a key strategic city for global missions. While organizations such as Church Multiplication Associates, World Impact, and U.S. Center for World Missions, as well as numerous Christian colleges and seminaries are doing great work in the L.A. metro area, the need for increased cross-cultural disciple-making remains to be a great need for engaging in God’s mission in this important city. 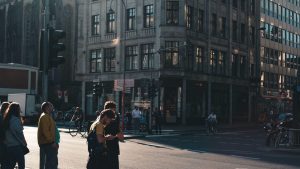 We always have a handful of cities that we are praying about. Some of them are the obvious low hanging fruit when you start talking global cities. Some of them piqued our interest while watching news and trends on international migration. And some are just cities we think it’d be really cool to be in. We’re actively investigating a couple, praying about a few more, and looking to see where God is opening doors to make a next step. Maybe you have a global city on your heart. We’d love to talk more about it with you.