A Vision for a Changing World 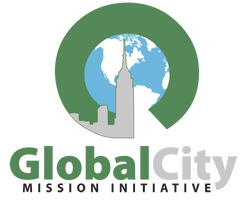 Just a few short years ago, my family reached a crossroads in our ministry in New York City.  Honestly, urban life had begun to wear on us, and with the so-called “Great Recession”, our missionary support had taken a hit financially.  At the same time, I had just finished missions research with Fuller Theological Seminary where I had studied church planting movements and urbanization.  Finally, some of our dearest supporters who had stuck with us through highs & lows, approached me about starting a new missions organization casting the vision for making disciples in an age of globalization (but they didn’t quite word it that way), and they were prepared to form a non-profit board of directors.  We talked and prayed, and we prayed and talked.  And we realized that perhaps God was birthing something exciting and challenging.  This was an opportunity to embody years of lessons learned as a missionary into a clear driving vision.  Global City Mission Initiative was born.  Our aim is:  Making disciples at the world’s crossroads.

Urban missionaries have been saying “the ends of the earth have come to us” for so long it seems almost cliché, but it’s never been more true than it is today.  In NYC, 1 out of every 10 New Yorkers is a Muslim, there are over 60,000 International students enrolled in the city’s colleges, and there are more Spanish-speakers living in NYC than in 9 Latin American capitals…. and we’re just getting started!  One of our missionary families, serving in the Bronx, has developed relationships with individuals from Albania, Puerto Rico, Iran, Yemen, Serbia, China, and Taiwan, and they’ve only been in NYC for 6 months!  Afghanistan is one of the most dangerous places on earth to serve as a missionary, but there are 20,000 to 30,000 Afghans throughout Metro NY.  While NYC is likely the world’s most international city, it doesn’t stop there.  For example, the population of Miami, Florida is approx. 60% foreign-born, and even cities like Indianapolis, IN or Birmingham, AL have seen their foreign-born populations double in the last ten years.  One of the important factors in all this, is that it is changing the way we do missions.

For instance, in the past missionaries would reach a community by finding a “gatekeeper.”  That is, a person of influence who would allow the missionary access to share the Gospel with their community, but today that person of influence might not even live in the immediate community we are trying to reach.  They might be driving a taxi in New York City, washing dishes in a cafe in Paris, or working a taco stand in Los Angeles.  They are sending money to their family, becoming a symbol of success back home, and as a result, growing in their influence. Today, when we identify unreached peoples for proclaiming the Gospel, we need to begin thinking in terms of global networks connecting people between both homeland and key world-class cities.  This new reality can dramatically affect missions strategies.  We know churches that have started in Asia when someone was baptized in a bathtub in Harlem, or family members in a remote Latin American village have heard the Gospel over the phone from a relative who converted after moving to the South Bronx.  A church in the West Bronx seldom gathers more than 20 souls on a Sunday morning but has multiplied two new churches in two different countries when two of their new converts were each sent back to their country of origin, and now each leads a church in their community.  Globalization is transforming the way we do missions.

The city may be defined as a center of constant motion.  Immigrants are constantly landing in the city (some from unreached people groups with little or no church presence among them anywhere in the world).  College students enroll in city universities.  Young professionals and artists come to town to launch a career.  People are regularly moving out of the city — both internationally and throughout North America — and urban dwellers are in constant motion within the city.  We may choose to mourn what feels like great instability…. OR we may develop our mission strategies to match the persistent reality of constant mobility and global connections.  Global City Mission Initiative is working with our partners to pioneer disciple-making strategies in this new world.  We have an ambitious hope that several teams will develop in a number of international cities — whether New York or London, Los Angeles or Panama City.  We cannot do it alone.  We are seeking additional partners to help us.

One of the evangelism teams I’ve coached was reaching out to Bengali Muslims in the Bronx, and one day when one of the couples was invited into a Muslim home, they brought a Bengali language Bible to present to the family.  As they handed them the Bible, the husband received it, gently held it in both hands as he might a newborn baby, and expressed his deep gratitude for this amazing gift.

A Puerto Rican man is steadily mentored towards a relationship with Christ, transformed from a place of real darkness to gradually embracing an emerging life of discipleship.  He invites family and friends to gather in his home and has repeatedly had self-proclaimed atheists join them for Bible discussions.

A West African Muslim begins hearing stories of the God of the Bible from urban missionaries, and while probably still far from conversion, begins speaking positively about the Gospel of Christ with many of his Muslim friends.