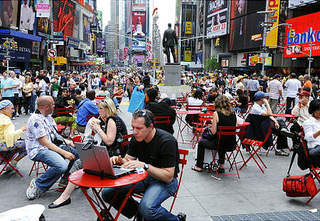 By:  Tess Taylor (Intern in NYC)

It’s crazy to me how ignorant I’ve been of the different cultural backgrounds that are so accessible in an area, coming from a suburb in Texas right outside of Houston. In order to reach out effectively, Gabe, our mentor, and Jared, GCIM’s director, have educated themselves with a myriad of different cultures in order to relate to the people they come into contact with each day. I’ve taken a few classes that compare and contrast Islam and Christianity, but none of them have covered anything to the extent these guys have shared with us in the past week.

Prior to departing for New York, it was interesting to hear people’s different reactions to my summer plans. There were two categories that the responses typically fell under: fear or excitement. Depending on who I was talking to, their reactions seemed to be based on which part of the location they were focusing on: The Bronx or New York. For some reason, our culture has stereotyped New York as this amazing place that captures the American Dream so accurately, that we all at one point in our lives have dreamed of experiencing the magnificence of this city. Don’t get me wrong – the city is totally awesome, and I am trying to visit as much as possible while I’m here. But the ironic part is that Manhattan, or “the city” as the people of New York tend to call it, only makes up fraction of the population of New York (“city proper”). The people that dwell in the city are the abnormal, yet these people as well as the Empire State Building, Statue of Liberty, and Broadway are what come to mind in relation to New York instead of the plethora of different cultures that have accumulated in the other boroughs of the city over the years. There are five boroughs, and out of the five, Manhattan – the area that most people picture in relation to New York – consists of only a portion of the population of the entire “city” of New York.

The other four boroughs, and where the remainder of the population is located, are the Bronx, Brooklyn, Queens, and Staten Island. The reaction of fear is typically associated with these locations. This fear followed me the whole way here – “Bring this purse because it’s easier to keep close,” or “Don’t leave this out so it won’t get stolen,” or “Oh, it’s dark out I can’t be outdoors” – then I realized that these reactions were a product of stereotypes. After a discussion with Jared, I realized that the reputation of the city dates back to the ‘80s, and has unfortunately stayed intact until today despite the declining crime rates the city has maintained over the past 30 years. I could be just as worried walking around the streets of Abilene as I would here; the only difference is there usually isn’t a cop at every corner in Abilene like the Bronx – especially during the Puerto Rican parade weekend.

It’s interesting, though, in a place so incredibly different from home, how you can become part of the community so quickly. In college it happens because we’re forced into it: No one feels comfortable so you all bond over the awkwardness of new situations and the struggle of becoming independent. Starting to live in a new area is the same; we have taken residency in what used to be a convent for about 2 weeks now, and others in the area already recognize our familiar faces. We have become regulars at a pizza place down the street where the owners and workers are Puerto Rican, Cuban, and Costa Rican and have become our self-proclaimed “protectors.” We’ve eaten Bangladeshi, Honduran, Arabic, Mexican, Dominican, Mediterranean, and Italian. I encounter numerous different cultures just walking down the street and hear a multitude of different languages in passing conversation. The exposure to culture is refreshing and not something I’m used to in West Texas. Food, the World Cup, and sports in general are all ways I, personally, have been able to connect with people in the area and find commonality, making the process of building relationships that much easier.

The city is only as scary or prodigious as you make it. Since getting to New York, becoming accustomed to living in the Bronx, and commuting to the city on our off days, I’ve realized that I can experience both sides of New York in a matter of an hour. Through training we’ve been able to develop an idea of what our purpose is this summer. Regardless, with the vastness of the city and the mass of people that reside in the 5 boroughs every day is unexpected. But if there’s one thing they don’t hesitate to tell you, GCMI undoubtedly believes in “learning by doing,” and in the past three weeks, just becoming invested in the community amongst so many different cultures and ethnicities, I’ve already learned so much.