Dallas is now a major gateway city for Indians migrating to the U.S

Shortly after Global City Mission became a brand new reality as a missions organization, we began expanding our vision for disciple-making in global cities beyond New York City alone. One of our earliest mission catalysts, still serving in NYC today, mentioned Dallas to me.  To be honest, at first I was skeptical. Isn’t it one of those “buckle of the bible belt” kind of cities? When a CNN program aired an episode on mega churches, naturally the show’s host went to Dallas.  Is Dallas-Ft. Worth really a global mission field? 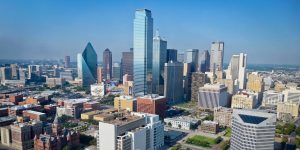 As it turns out, yes. Dallas-Ft. Worth is emerging as a major global hub welcoming the nations from every part of the world. For example, at one elementary school 70% of the school’s 800 students were of Asian background. Looking into the global trends impacting the Dallas area, I became convinced, so naturally as I was driving to one meeting with a church to discuss Dallas as a mission field, I drove past a Jain temple on my way. Once my eyes were opened, I saw a major global city emerging. In addition to significant Latin American, African, Korean and other sojourners to the DFW Metroplex, Dallas is also becoming a significant South Asian city as well.

India is likely to become the most populous nation on the planet, passing China for this title. As a result, 1 in 6 people on earth will be from India.  The United States is the 3rd most popular destination for Indian migrants worldwide, and Dallas is now a major gateway city for Indians migrating to the U.S.  Just from 2000 to 2010 the Indian community doubled with recent estimates ranging from 200,000 to 300,000 Indians in & around Dallas.

Those who study unreached people groups identify large numbers of unreached peoples in India & its neighboring South Asian nations. India, as a nation, will soon become the largest population in the world.  These two facts alone highlight India and its vast people & language groups as a high mission priority for churches & individuals seeking to follow the Great Commission (Mt. 28:16-20).  At a time when it has become more challenging for Western-background missionaries to serve in India, connecting with diaspora (ie., migrant) communities in metro areas like New York, Houston, Chicago, Tampa, San Francisco, and yes, Dallas, represent a vital mission opportunity.

Despite its historical “bible belt” status, Dallas is a dynamic mission field among Indian peoples. This work will, of course, require creative & relational evangelism and a prayerful commitment to learning (even for those who worked among South Asians in their homeland). Contextualization will continue to be important but may look differently in a context where cultures are merging, conflicting, and/or combining in sometimes unpredictable ways in a diaspora context.  What an exciting & challenging opportunity for cross-cultural disciple-makers to love their South Asian neighbors and proclaim good news among unreached peoples!