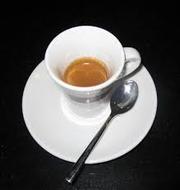 There’s a restaurant not so far from where we live that we go to sometimes, but not very often. However, it has lately been a place that my husband has felt inclined to visit.  The second time that my husband visited he befriended a waiter that we’ll call “Nick”.  Nick is from Kosovo, and has not even lived in America for a year. He is a Muslim, but is less nominal than most Albanian Muslims, although still nominal overall.  The way that my husband was able to engage with Nick was by inviting him to be in an English conversation group and shared with him that he also taught the Bible.  Nick was definitely interested in the conversation group, but said that he could not really study the Bible because of his religion.  Somehow, this brief exchange sparked a friendship and opened up the door needed to share the Gospel.  So, whenever he has the chance, my husband goes over to the little restaurant to study and to wait for the crowd to die down so that he and Nick can spend some time together, growing in friendship and hopefully shining the light of Jesus.

Tonight, my husband went to visit Nick.  The restaurant was not very full so they were able to talk for a while.  Nick bought my husband a coffee and then they engaged in conversation.  This conversation revolved around the freedom of Christ (that he died for us and that we are now free from serving the law), how sin is a global issue, the story of Adam and Eve, and how we have all sinned.  Although Nick is not actively pursuing the Gospel, the fact that he was intently listening and interested to hear about my husband’s beliefs is exciting and encouraging.  Nick wants to know truth and he has not succumbed to complacency for pursuing the discovery of truth.

One thing that we have been both surprised and excited about is Nick’s willingness to talk.  It has been a challenge to engage many of the 40,000 Albanians in our community in conversation that extends past small talk, but Nick is willing to delve into the many topics of music, movies, and even religion.  Through this willingness to share ideas, values, interests, and beliefs, we are able to share about Jesus Christ and the love that He has given to all through His sacrifice.  God is moving in this friendship, opening doors and moving in hearts.  We pray that Nick will begin to seek God and to question his own set of beliefs & assumptions, finding the joy and salvation that can only come from Christ.