Listening & Shifts in the Religious Landscape 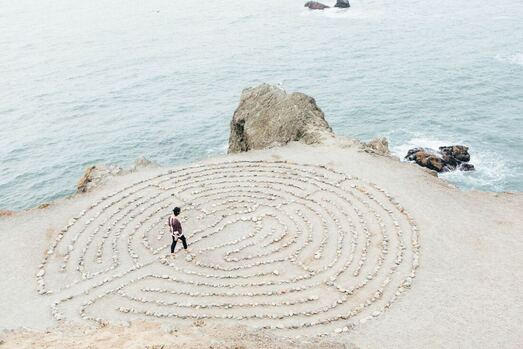 A few days ago I came across an article on BBC about increased secularization or post-religious trends in the Arab world. It jumped out at me because it reflected the encounters our team has had repeatedly. The research indicated an upsurge in post-religious life, but it also showed the trend as anything BUT uniform across the Middle East. And in our experience in ministry, this sort of religious variety & change has been fairly global. It is worth paying attention.

A few years ago, I was speaking with a missionary working with international students, and he told me about having an Iranian couple over for dinner. They had recently arrived at their American university, and he saw an opportunity to establish a friendship and start a spiritual dialog. He thoughtfully prepared himself for a conversation that would reference the Quran and seek to build Gospel bridges; however, at the turn of the conversation, their Persian guest said, “Oh, we don’t believe any of that. Most people under 35 in Tehran are Marxist now.”  I don’t know how much of an over-generalization that might have been (I doubt it’s everyone) — especially since the church is also growing rapidly there — but it caused a shift in the direction of that conversation.

I volunteer to pick up international students each semester when they arrive at the airport to study at USF. Yesterday I picked up a graduate student arriving from India. He comes from one of the most Hindu regions of the country, so as I began to ask him about spiritual matters, he informed me that most people his age (in his late 20’s) don’t really practice Hinduism or put any thought into spiritual things. I seek to be very sensitive to context, background, & worldview, but casting the seeds of faith during this car ride together ended up looking similar to the conversations I would have with a secular person, agnostic, or atheist from practically any part of the world.

In fact, in the last two years I’ve picked up 8 students from the Tampa airport arriving from India, Vietnam, Uzbekistan, Bangladesh, China, and Spain. I’ve consistently initiated spiritual conversations, and most of them could be described as “post-religious.”  That’s not going to be everyone from everywhere, of course.  I’ve certainly stepped into conversations that represented a certain faith commitment.  From a Muslim student from Tunisia to the Buddhist monks at the Thai temple here in Tampa, there are a number of younger adults who will maintain spiritual commitments and family traditions, but the emergence of post-religious life seems to be prevalent enough that those of us seeking to reach out really should pay attention. There is simply not a one-size-fits-all if we are going to be attentive at all to our conversation partners when we hope to engage in spiritual discussions.

Often missions training for reaching people from different cultural contexts has usually assumed building apologetic bridges between two religious worldviews. But what if what we encounter turns out to be a continuum of religious tradition or breaking with those same traditions, spiritual seeking or spiritual passivity all within the same group of friends or family?  It seems in a world that includes both the religious and post-religious and many points between, our training & skills for engagement must be much more adaptive and more attuned to listening than we’ve sometimes been.  Christian believers often ask me, “Do I need to become an expert in all these world religions to reach out?”  My short answer is, “no…..” It does help, but we can’t realistically depend on everyone becoming an expert in every culture.  My complete answer is, “No, but we do need to learn to listen well.”

I sometimes tell two stories side-by-side of contrasting conversations, both with North Africans from the same region. One fit all of the textbook expectations for a dialog with an African Muslim. The other turned quickly, as he had spent time reading French philosophers and had wrestled with atheism for a time, ending up essentially landing on religious relativism. I realized early on in NYC that the most important skill for an urban evangelist to develop would be to learn to listen — which meant I had some skill development to work on myself as well.

Much of the evangelistic training and marketing-oriented approaches that exists in the church here in North America, at least in my observations, tend to be set in templates and pre-determined or scripted presentations. But what I’ve been encountering over & over again in the last several years in the city is the need for dialog that goes beyond a single presentation. We must listen and speak into that moment. What we are in great need of in the church today is more & more people who will take evangelistic journeys with other human beings involving a series of dialog, deep listening, bold prayer, and the availability to adapt & change with the flows of conversations and relationships.  In Global City Mission, our training opportunities are rooted in this reality, and forums such as the Honor/Shame conversation in missions circles is helping shake loose a one-size-fits all view. The world around us is changing and not just in one direction. My prayer is that we will listen well to the Spirit and to those the Spirit is leading us to engage.