In 2016, Russia passed a law intended the obstruct the efforts of foreign missionaries and missions organizations working in the country. Of course, missionary efforts in Russia and former Soviet nations have a long history of developing creative access for sharing the gospel due to government restrictions, so this isn’t entirely unfamiliar. Efforts to share the gospel of grace with Russian peoples should continue, and sending agencies should find creative ways to enter, sustain the mission, and raise up indigenous leaders from among Russian believers. 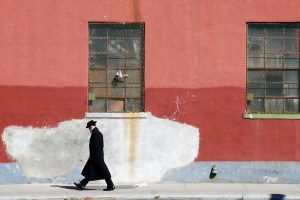 However, a key creative access for mission today is to send missionaries to Russian communities in gateway cities.  And New York City is the leading gateway city for Russian migrants in North America. There are approximately 600,000 Russian-Americans in New York, and the majority of them live in Brooklyn. There are also a number of Uzbeks, Kazakhs, Kyrgyz, and others from former Soviet countries who make New York City their home.  If you had to leave Russia early due to the repercussions of the 2016 legislation related to missionaries and you continue to hope for the gospel to impact Russian peoples, you may want to survey New York City, and especially South Brooklyn, for you next potential mission field.

Many New Yorkers as well as tourists have walked the boardwalk at Coney Island. However, just up the beach from Coney Island and the New York Aquarium is Brighton Beach. Brighton Beach is known for being the city’s leading Russian neighborhood. If you have a burden for the thousands of Russian Jews, Russian-speaking Central Asians, atheists or secularized immigrants, or even reconnecting with displaced Russian-speaking Christians, South Brooklyn may be the mission field that is calling.