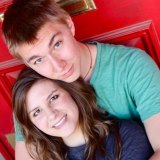 My wife and I recently returned from our survey trip to New York City where we will be moving at the end of the coming Spring. I’d like to share a couple of our reflections about ministry and mission which we are taking away from our week in NYC.

1. Longevity is not the best measure of Success.
Jesus’ ministry lasted a couple of years. None of Paul’s church plants are in existence today; no church addressed in scripture is still around. However, in our current thinking, institutional longevity is still one of the church’s primary metrics of success. In other words, we believe something is successful if it’s meetings, programs, and structures last a long time.  By these standards, we may want to reconsider our disciple-making strategies and abandon multiplication principles altogether. Because of the fast pace and transience of places like NYC, house churches may break up after a few years, individuals move away or return to their home country and may no longer be in our existing network of ministry. Therefore it’s actually impossible to point to a physical structure when judging the success of our ministry.

If we can re-think our metric, though, I think we will see that the Kingdom is growing and flourishing in ways that we wouldn’t have imagined before. What if our measure for success is not in planting institutions which we must preserve into the next generations, but, instead, as planting seeds that we trust God to cultivate after our structures are no longer present to testify concerning our efforts? Let’s learn to appreciate the communities we minister to while they remain together, but learn to release the outcome to God’s spirit to continue to bear fruit and bring about life and transformation.

2. God’s Kingdom is breaking out in Global Cities
Prior to our trip I’ve used the language of “Global Cities” as jargon, having technical meaning but little weight. I’m just realizing the degree to which I’ve not appreciated the diversity of unreached people groups in the world. I remember the first time I met our now partner, Jared Looney. He was guest lecturing in one of my university missions classes, and I asked him about the meta-narrative of the post-christendom people groups in NY. It was, I hope, a less pretentious question in the context. He laughed. “Which one?,” he replied.

It is easy to read about post-christendom, post-modernity, etc, and think we’re talking about a monoculture. It’s easy to think about missions and ministry in the world as homogeneous. My wife and I, last Thursday, rode the subway from 42nd St. and Madison Ave. up to where we were staying in the north Bronx. It was a trip of maybe 11 miles. By the time we reached our destination, the train (no joke, the entire car) had ethnically changed over about 5 times: Anglo and Jewish, to Afghan, to Albanian, to SE Asian, to predominately West Indian. So many different cultures represented, vastly different worldviews in each people, multiple generations within each community. What is the over-arching narrative of these communities? What isn’t?

God is calling us into one of the crossroads of the world but he is breaking down the divisions between domestic and international elsewhere as well. The world is globalizing. How will we prepare ourselves to enter this new promised land?