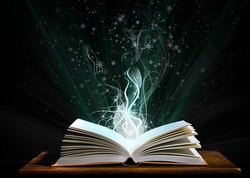 Over the course of this past spring, I have had opportunity to be involved in a team effort of relating Bible stories to a West African gentleman named “Khalif.”  Not only has it been interesting to watch him process and grapple with the scripture but it has also been a growing and formative experience for myself as I have worked to ‘re-package’ these faith stories in order to share them orally, as “Khalif” comes from a culture with an oral learning style.

So far, we have had 6 meetings, where we have covered some of the ‘beginning’ stories from Creation to God’s testing of Abraham.  In particular, we have chosen stories that deal with sacrifice, namely the precedent-setting sacrifice God instituted in the garden of Eden, the sacrifices of Cain and Abel, the flood account with Noah & his sacrifice of thanksgiving & then portions of the story of Abraham with the sacrifice he was instructed to make.  It has been interesting to hear some of the comments that “Khalif” has made in response to these stories and how they have been right ‘on cue’ and very insightful.  In particular, he has commented about how we “give our lives” to God as did Abraham, and then about a “cost” that seems most evident in these stories because of the element of sacrifice.  He has even asked to hear about the story of Jesus’ birth or coming from his perspective as a Muslim, “the birth of the one with no father.”

As I have grappled with relating these stories in a way that, hopefully, conveys their meanings and captures their essence, I feel as though I am learning them all over again for the first time.  It would seem that I am learning the principle, that in the process of teaching something, one can often gain a whole new insight and depth of understanding.

This plan, as I have seen it, involves us as well as God himself.  Our part is to be attentive and listen to his words, responding to the instructions found in them.  His words, or “instructions” (or commandments) are the path which he has set up for our benefit and the ultimate restoration of all things.

Without this opportunity to ‘re’-tell these simple yet profound stories such as the story of Cain & Abel or Noah or Abraham, I would not have come to this clear of a realization.  While God is a complex God and his standards and ways are out of our reach and beyond our comprehension, there is simple beauty and assurance to be found in putting your trust in God’s words and in his promises.  These ‘beginning’ stories are portraits of God and of those who placed their trust in God’s word (or did not) and learned (or didn’t) the truth that God is good in what he says he will do, no matter what obstacles lie ahead.  Whether the obstacle be ‘within or without,’ ‘high or low,’ or ‘near or far,’ when we listen to God and put our trust in Him, the pressure to ‘bring it about’ does not fall on us.  The only thing that ‘falls’ on us is whether or not we are positioning ourselves-’paying attention’ and ‘hearing’ his voice clearly, in order that we may follow his instructions which bring us to his promises.

Praise God for his wisdom & foresight and that he has instituted his plan of salvation. Praise God for the opportunity to be ’faith-participants’ in his plans and in his story.  May we increasingly grow in trust that God is “good” for what he says he will do, believing and responding wholeheartedly and to his promises.