The Risk of Discipling Pt. 1 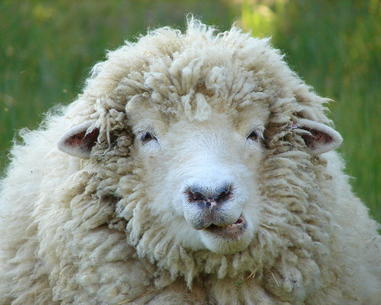 How will you put this into practice this week? And who will you share with what you’ve learned today? These are the last two questions I ask during discovery Bible study (DBS). Overtime they form the metric for discipleship: does this person put into practice what they see in scripture, do they let it spill over into the lives of those around them? This is the essence of discipleship. And when I first learned how to facilitate DBS, it excited me. I felt attracted to this model that prioritized following Jesus in practice and sharing faith over passive learning. But when I talk about this way of discipling others, I am sometimes asked about the risk of working through these questions with newer believers. There is indeed an inherent risk to releasing new and even pre-believers into the work of evangelism and discipleship. There is a risk which emerges when we empower others to do the ministry of the Kingdom. Let me give you an example:

My friend Manny is a mostly-reformed drug-dealer. He brings me to the homes of his friends and associates where he introduces me as “his pastor” and we often “do church” there. “Church” generally looks like a DBS and I tend to focus on the parables of Jesus as they are easy connecting points for the cultural world Manny comes out of. Several weeks ago Manny picked me up to go see a friend and on the drive related to me how he had shared the story from our last Bible study. It quickly became clear that Manny’s decisions about how to share were in a style all his own. We had read Jesus’ words in John 10 on his being the good shepherd. The following week Manny had asked his friend Sonny to come do some odd jobs around his work at the warehouse. Sonny is known in the community for being a thief and a con man, so it was a big favor to him that someone would give him work. Manny, according to his retelling, pulled Sonny aside at the end of the day and told him, “You can trust that I’m trying to do what’s best for you, cause you’re a sheep that I know.” Sonny, in the manner typical to the Bronx, was aggressively confused. “You’re a sheep I know, Sonny.” Manny continued. “It’s something Jesus said in the Bible. You can trust someone’s voice if you know them and you know me. That means you know my voice. You couldn’t trust anyone else who did these same things for you, because you wouldn’t know them.”

“You’ve got to stop hanging out with this pastor, man,” Sonny told him. “He’s filling your head with all this weird stuff. You’re not making any sense.”

“Yah?” Manny retorted, “Well you’re fat like a sheep and you’re white like a sheep, so shut up and just listen to me.”

I hear stories like Manny’s and I feel a mix of pride and anxiety. On the one hand I wonder if I can even tell these stories from a pulpit or in a newsletter. By turning over to my friend the responsibility to communicate what he’s learning in the gospel, I’ve released control. He is still learning, and I should expect he won’t apply every passage perfectly. I certainly wouldn’t have presented it in that manner. I didn’t interpret the story in that light. I probably wouldn’t have applied it in the same way. Is this bad ministry? Can I trust scripture to do its work through this process? Are people going to think it’s irresponsible to encourage Manny and others to be engaged in Kingdom work this early? If I’m not in control doesn’t that expose this work to a degree of risk? Disciple-makers who choose to go this route deal constantly with these questions. We are confronted with the process people undertake in learning to follow Jesus.

But on the other hand, I see the way the Spirit is at work in Manny. I see the way he leaves our Bible studies trying to practice grace towards those, like Sonny, who he has no reason to look out for. I see the way he is able to share scripture with people who wouldn’t give me the time of day but to whom he speaks with authority. And I see the way that letting go of control allows our friendship to go to places in the disciple-making process it wouldn’t in a more hierarchical relationship. After telling me about his sharing with Sonny, he explained, “I have never been religious before, but when you talk about this stuff I think it could be true. I know your voice, so I can believe what you say.” Is the discipleship process risky? Absolutely. But the risks emerge from a deep trust in God to work in and through those who are trying to follow Christ. I challenge you to risk this week in inviting others to co-labor in Kingdom work.