The Risk of Discipling pt. 2 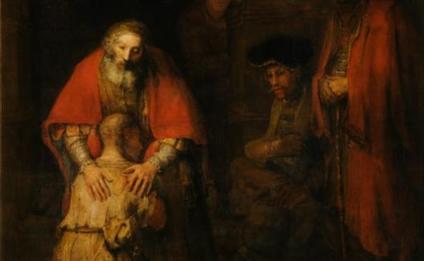 How will you put this into practice this week? And who will you share with what you’ve learned today? These are the last two questions I ask during discovery Bible study (DBS). Overtime they form the metric for discipleship: does this person put into practice what they see in scripture, do they let it spill over into the lives of those around them? This is the essence of discipleship. And when I first learned how to facilitate DBS, it excited me. I felt attracted to this model that prioritized following Jesus in practice and sharing faith over passive learning. But when I talk about this way of discipling others, I am sometimes asked about the risk of working through these questions with newer believers. There is indeed an inherent risk in releasing new and even pre-believers into the work of evangelism and discipleship. There is a risk which emerges when we empower others to do the ministry of the Kingdom. This is a common theme in our work, so let me give you another example:

About 19 months ago I began studying the Bible with my friend Nathan. Nathan had just recently become interested in faith and our time together was the first opportunity he had ever had to read scripture. I began where I often like to begin with people who have a background in which a lot is assumed about the Bible: the sermon on the mount. Jesus’ words in Matthew 5-7 tend to subvert people’s expectations, and they never leave anyone unchallenged in thinking about how we embody Kingdom life. We began reading through the sermon a section at a time and asking our normal DBS questions, and so it was that around the third week we read Jesus’ teaching on reconciliation.

Nathan knew little more than a handful of Bible stories at this time, so what he said next surprised me. When we got to our questions about how we would put this into practice the next week, he said, “I haven’t spoken to my father in 8 years. He recently got out of prison and I think I need to reestablish contact with him.” That week Nathan called his father for the first time in almost a decade. Later that week he called his sister and tried to mediate between his father and her. Before coming back to church the next week he called several ex-girlfriends including the mother of his daughter and apologized for his treatment of them in their relationship. He sought their forgiveness, explained to them the ways in which his lack of love emerged from his own family life, and described the steps he was taking to make that right because of his new found faith. And when I learned all of this the following week during our DBS, I was relieved he hadn’t asked my permission or advice, because Nathan clearly had more faith in Jesus than I did that week.

If Nathan had explained to me his plan beforehand, I would have cautioned him to move more slowly. I would have reminded him of how damaging some of those relationships had been and how dangerous it was to rush back into them. I would have pushed him to think more in terms of forgiveness than the reestablishment of right relationship with people who might just hurt him again. I would have advised him on these things, and I would have prevented him from being as faithful of a disciple. It’s people like Nathan who demonstrate why discipleship is risky: when we allow others to step out in faith we may be allowing them to walk into delicate spaces, and things may blow up in their face. When we ask people to put faith into practice, we can’t protect them from the difficult things Jesus calls them into. Nor can we take responsibility for the outcomes of their efforts. But it’s also people like Nathan who demonstrate why that risk is so necessary. I challenge you to risk as you disciple others this week.