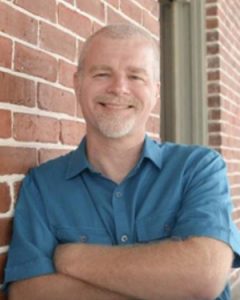 Dr. Jared Looney graduated from Abilene Christian University in 1996 with a Bachelor of Science in mission studies. Following his undergrad studies, he worked in Houston’s center city neighborhoods as a youth minister at Impact Ministries. While in Houston, he completed a Master of Arts in theological studies at Houston Graduate School of Theology. Before relocating to NYC, he spent time in Costa Rica as well as Abilene, TX where he served as a missionary-in-residence with Mission Church.

In 2001, Jared moved to the Bronx and in 2002 married Hylma Blagrove. Beginning with a new church gathered in a living room in the Pelham Parkway neighborhood, he continued serving the city as an urban missionary. These experiences laid the groundwork for the beginning of Global City Mission Initiative when it got started in 2013.

Partnering with co-laborers for mission, training mission workers, and mentoring emerging leaders, Jared continues to address the challenges of mission in an urban-global world. In 2010 he completed a Doctor of Missiology from the Fuller School of Intercultural Studies. In addition to several articles, he is the author of Crossroads of the Nations: Diaspora, Globalization, and Evangelism, named a top 15 mission studies text of 2015 by International Bulletin of Mission Research, and co-author of Mosaic: A Ministry Handbook for a Globalizing World.  With the help of Christian friends and partners, Jared and Hylma served the mission of God in New York City with their daughter, Adalia, for 15 years. In the summer of 2016 Jared and his family relocated to the Tampa Bay metro area where he continues to serve as the executive director of Global City Mission Initiative. Jared serves in a number of capacities, including teaching, training, writing, serving as an adjunct professor, equipping churches, speaking on mission issues, and shaping the direction of Global City Mission.